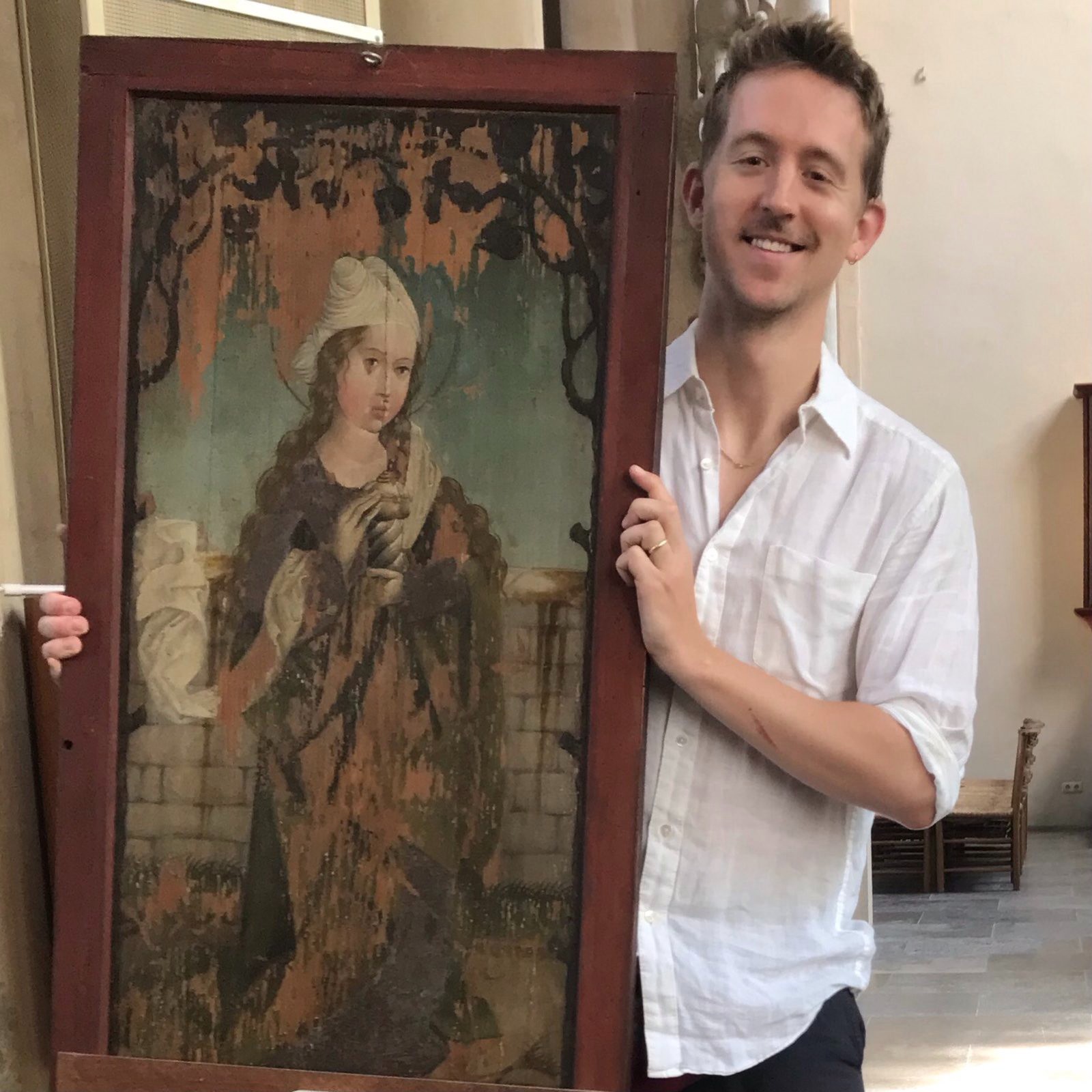 Gregory Bryda specializes in the art and architecture of medieval Europe. He has taught and published on the history and historiography of medieval art, and is particularly interested in medieval science, folklore, environment, and culture.

His book The Trees of the Cross (forthcoming with Yale University Press) explores the fraught relationship between the medieval church and plants in late medieval Germany. It brings together a wide array of visual and literary sources to demonstrate how the church instrumentalized the wood of the cross as medium in numerous cultural techniques—in laying the cross over trees, maypoles, herbal medicines, and agricultural technologies—to attempt to put nature in its place, to recode or invert its positive and potent qualities, and, finally, to displace them onto Christian agencies.

His research into Germany’s long historiographic affinity with the forest formed part of a collaboration of art historians investigating the representation of environmental politics from the Wilhelmine period to that of National Socialism. With Matthew Vollgraff, he served as guest co-editor of a special issue of Zeitschrift für Kunstgeschichte (2022) on “Art and Environment in the Third Reich,” whose contributors examined the period’s aestheticization of “race” and landscape across a broad range of disciplines and media.

Bryda is currently researching a corpus of Christian artworks and spaces involving German settlement projects in eastern Europe (Ostsiedlung), especially those pursued by Cistercian monks in the High Middle Ages.

With Katherine Boivin, he co-edited Riemenschneider In Situ (Brepols, 2021), a volume of papers from the 2017 conference that assembled experts in southern Germany to analyze the sculptor’s monumental artworks that are too large and fragile to travel for exhibition.

His research has been supported by the Medieval Academy of America, International Center of Medieval Art, German Academic Exchange Service (DAAD), Stiftung Preußischer Kulturbesitz, Getty Research Institute, Deutsche Forschungsgemeinschaft, and Samuel H. Kress Foundation. He has also taught at the University of Hong Kong, Universität Hamburg, and Humboldt-Universität zu Berlin, where he was a Fulbright Guest Professor.

The Trees of the Cross: Wood as Subject and Medium in the Art of Late Medieval Germany (forthcoming, Yale University Press)

“The Exuding Wood of the Cross at Isenheim,” in The Art Bulletin 100.2 (2018): 6–36
***Recipient of the 2019 Emerging Scholars Essay Prize, Historians of German, Scandinavian, and Central European Art (HGSCEA)